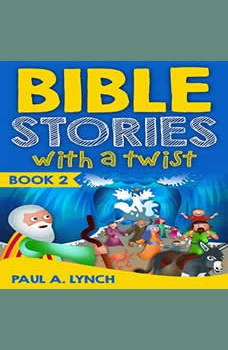 Bible Stories With a Twist: (Book 2)

Bible Stories With A Twist Two is all about fun, excitement, and adventure. Read about your favorite biblical heroes from both the Old and New Testament with as the stories are told with a twist.