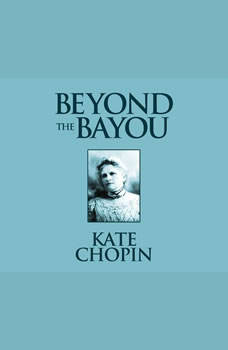 Beyond the Bayou: Short Stories

In "Beyond the Bayou", La Folle, an ex-slave, lives on an island cut off from the her old home and is afraid to venture back onto the bayou. When a small drought dries up the shallow waters between her home and the bayou, she spends some time with the son of her former master. When the son, whom she calls Cheri accidentally shoots himself in the leg, La Folle must overcome her fear of the unknown and go back to the bayou to alert his parents. A story about a woman finding hidden strength in the moment of crisis.