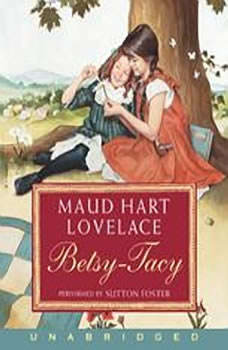 Betsy hopes that whoever moves into the house across the street will have a little girl just her age. And the little girl who moves in is just her age. Her name is Tacy. She is very bashful, but she likes to listen to Betsy's stories—wonderful stories that the girls love, and that they keep as their own special secret. After a while, it's hard to remember a time when Betsy and Tacy weren't best friends.