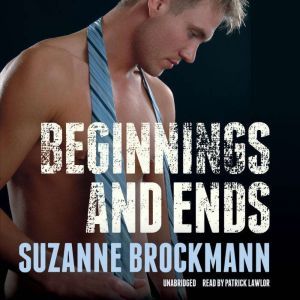 Suzanne Brockmann, bestselling author of When Tony Met Adam and the pulse-pounding Troubleshooters series, has been hailed by USA Today as a superstar of romantic suspense. In this original short story, Brockmann returns with two of her most beloved characters from the Troubleshooters world: operative Jules Cassidy and his husband, Robin. After years of playing the tormented actor Joe Laughlin on the hit television show Shadowland, Hollywood star Robin Chadwick Cassidy is ready for a change. Joes character embodies the real demons of Robins pasthis struggle with his sexuality, his battle with alcoholismand portraying the part has taken a heavy toll on his personal life. Robins husband, FBI agent Jules Cassidy, has noticed the strain and will do whatever he can to make Robin happy. And what Robin has in mind will forever transform his career, his marriage, and his family.