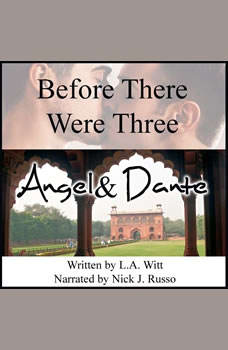 Before There Were Three: Angel & Dante

Before they were Doms…Before Ryan was Angel…Before there was Jordan…Delhi, 1999 – On assignment in India, photographer Ryan Morgan has one focus—his job. Then hot bachelor Dante James quite literally stumbles over him, and suddenly Ryan’s not concentrating on anything except him.From the start, the chemistry between them sizzles. From Delhi to Seattle to Pittsburgh, the chance encounter blooms into something much deeper. But as the two young photographers learn who they are as men and as a couple, Ryan worries Dante will learn who he is. Because if his ex-wife and ex-boyfriend couldn’t live with him, what makes him think Dante can? Or that he’ll want to?Before There Were Three: Angel & Dante is the prequel to (and is best read after) Out of Focus.