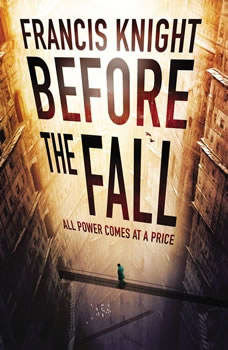 MAHALA IS A CITY OF CONTRASTS: LIGHT AND DARK. HOPE AND DESPAIR.Rojan Dizon just wants to keep his head down. But his worst nightmare is around the corner. With the destruction of their power source, his city is in crisis: riots are breaking out, mages are being murdered, and the city is divided. But Rojan's hunt for the killers will make him responsible for all-out anarchy. Either that, or an all-out war. And there's nothing Rojan hates more than being responsible.The fantastic follow-up to FADE TO BLACK!