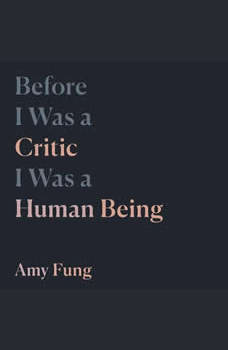 Before I Was a Critic I Was a Human Being

Before I Was a Critic I Was a Human Being is the debut collection of essays by Amy Fung. In it, Fung takes a closer examination at Canada’s mythologies of multiculturalism, settler colonialism, and identity through the lens of a national art critic.

Following the tangents of a foreign-born perspective and the complexities and complicities in participating in ongoing acts of colonial violence, the book as a whole takes the form of a very long land acknowledgement. Taken individually, each piece roots itself in the learning and unlearning process of a first generation settler immigrant as she unfurls each region’s sense of place and identity.

Boy Who Dreamed of Infinity, The
by Amy Alznauer

A mango...is just one thing. But if I chop it in two, then chop the half in two, and keep on chopping, I get more and more bits, on and on, endlessly, to an infinity I could never ever reach. In 1887 in India, a boy named Ramanujan is born with a pa...