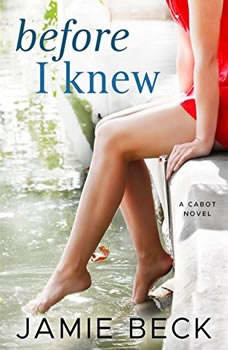 Author Jamie Beck returns with an engrossing series about family, friendship, and starting over. In this first Cabot novel, a legacy of secrets tests old friends seeking a second chance at life and love.On the second anniversary of her husband’s suicide, Colby Cabot-Baxter is ready to let go of her grief and the mistakes made during her turbulent marriage. Her fresh start comes in the form of A CertainTea, the restaurant she’s set to open along Lake Sandy, Oregon, with help from her family. But when her executive chef quits just weeks before the grand opening, Colby is pressured to hire old family friend Alec Morgan. His award-winning reputation could generate buzz, but their friendship has withered since her husband’s reckless dare cost Alec’s brother his life.Distracted by guilty secrets concerning the tragedy that changed his and Colby’s lives, Alec self-destructed and lost his famed restaurant. With his career in tatters, he’s determined to use this opportunity to redeem his reputation and to help the woman he’s loved from afar find happiness again.But secrets have a way of coming out. When Alec’s do, they might destroy the new life he and Colby have rebuilt together.