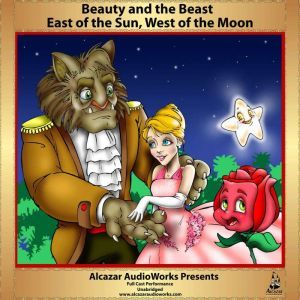 Beauty and the Beast & East of the Sun, West of the Moon

Enjoy two traditional and beloved loved fairy tales known to many generations of children, presented in an entertaining and wonderfully appealing way with a full cast of characters. Beauty & the BeastBeauty is kind and loving, even though her two sisters tease her and her merchant father is too poor to buy her presents. All she wants is a rose-so when her father sees a beautiful rose bush in the grounds of the Beast's castle, he plucks a flower for her. But the Beast is angry-and he demands something precious in return.East of the Sun, West of the MoonIn this Norwegian tale, a peasant farmer sends his youngest daughter to live with a mysterious white bear in exchange for untold riches. But when the girl ignores the bear's advice she must travel to a castle east of the sun and west of the moon to face the Troll Queen and make things right again.