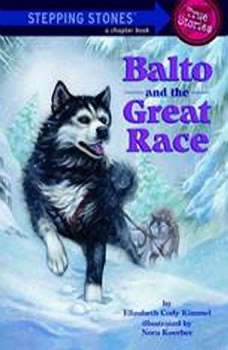 Balto and the Great Race

Balto has a quiet life as a sled dog—until tragedy strikes. Dozens of children in Nome become sick with diphtheria. Without antitoxin serum, they will perish—and the closest supply is 650 miles away! The only way to get the serum to Nome is by sled, but can the dogs deliver it in time? Heading bravely into a brutal blizzard, Balto leads the race for life.

In 1849, Elizabeth Blackwell became the first American woman to obtain a medical degree. Following in her footsteps in the early 1980s, Brenda Berkman was the first woman to challenge New York City's ban on female firefighters. During the last few c...