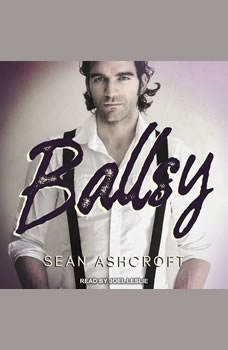 When he arrives back in LA after ten years away, the last thing Sam expects is to end up being roped into pretending to be with the man he'd left behind for the sake of a magazine article. After a near-death experience that left him scarred and changed, all he wants to do is lick his wounds and live quietly for a while. But how is he supposed to resist the pull of one last adventure with the love of his life? Seeing Sam again is the last thing Ben needs. With his last chance to prove that Ballsy is a viable project on the line, he hasn't got time for anything else. All the same, he can't bring himself to ignore Sam when he shows up unannounced. When the opportunity to spend the weekend undercover with him at a couples' retreat comes up, he jumps at it, hoping that this will be the second chance he's always secretly wanted. As if facing their feelings for each other after so long wasn't hard enough, Ben unexpectedly stumbles across the story that will save Ballsy while at the retreat. Will he still have time to repair his relationship with Sam? Or will both men's doubts and fears get in the way of their happily ever after? Contains mature themes.