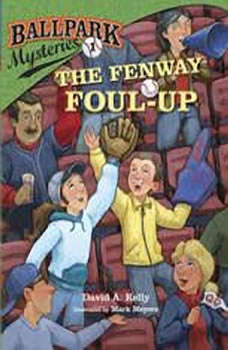 Now leading off the line-up—book #1 in a brand-new early chapter book mystery series where each book is set in a different American ballpark!

Thanks to Kate's mom, a sports reporter, cousins Mike Walsh and Kate Hopkins have tickets to the Red Sox game and All Access passes to Fenway Park. But as they're watching batting practice before the game, the lucky bat of Red Sox star slugger Big D is stolen . . . right in front of dozens of people. Without the bat, Big D can't seem to hit a thing. Can Kate and Mike figure out who pinched the bat before Big D and the Sox chalk up a loss?