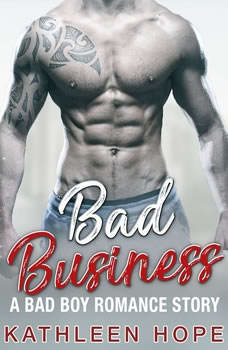 “Ease up on the make-up, Brenda,” I said, turning my face away. “That’s way too much mascara.” Brenda gently turned my face back to hers. “Will you be still before you make me mess up?” “Are you sure you know what you’re doing?” I asked. I was trying to sit really still but it was hard. I wanted to see what I looked like. I never wore much make-up. I guess I never really needed it. Guys seemed to flock to me anyway without it. I hoped it would be that way this time too. “Of course I know what I’m doing,” Brenda snapped. “I did Kari’s make-up the last time. And she wasn’t complaining.” I chuckled. “Ok. Ok. I’m sorry. I just don’t want to look like a tramp or something. And I definitely don’t want this guy getting ideas and pawing all over me.” She put the finishing touches on the mascara and stepped back to admire her handiwork. ”Damn I’m good,” she exclaimed, clapping her hands. “You look hot, mama.” “Great,” I said with a frown. Just what I didn’t need. “Can I look now?” Brenda turned the chair so that I was facing the mirror. I barely recognized myself. Wow. I was….hot! “Whatcha think?” I slowly reached up and touched my cheek, careful not to ruin her hard work. “I like it,” I said softly. “But I can’t go out looking like this. I’m just trying to get the mark to notice me. That’s all.” She grinned. “Oh he’s going to notice you alright.” I grimaced. “I don’t need that kind of attention. I just need to get close enough to get the intel we need to bring him down. I’m not interested in attracting him.” Brenda closed up her make-up kit. “Whatever it takes to get inside,” she said. Her gaze dropped to the manila envelope on the table in front of me and she picked it up. “Damn. He’s hot!” She whistled softly as she scanned his picture. “Dang. I almost wish I’d signed up for the job.” I took the folder from her and scanned the picture of the mark. He was... WARNING: This book contains strong sexual content and is intended for mature audience. 18+ only!