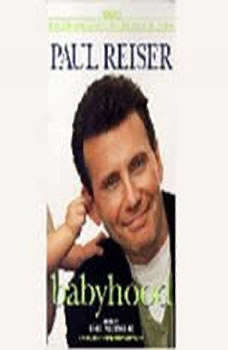 I'm going to be totally honest.  This is not the kind of audiobook that can help you.  It's not a "how-to," a "when-to," or a "what-to-expect."  It's not even endorsed by anyone remotely connected to the medical profession.  (Although a cousin of mine who sells carpeting to doctors' offices not only found it "insightful" and "informative," but felt that, "if properly vacuumed, it should last a lifetime.")

"A fine endorsement," you say.  "But if I have only one audiobook to buy, shouldn't I go for the helpful one?"

Those "know-it-all" books tell you how to have a happy, healthy pregnancy.  My book mentions a squirrel.

Those books tell you how to care for a newborn child.  My book describes how tired I am.

Those books give you essential information you can use in a life-threatening emergency.  My book has some very amusing anecdotes about poop.

If you want to be prepared and well-informed, I understand.  But if you enjoy hearing the words "pterodactyl" and "uterus" in the same book, you've come to the right place.