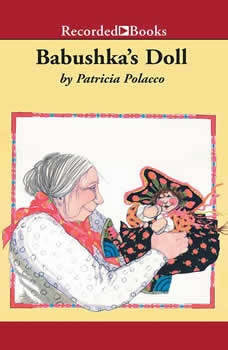 When Babushka was a girl, she had a special doll that she played with only once. Now it's her granddaughter's turn to learn a valuable lesson about consideration for others. Young readers will be delighted with this highly-acclaimed author's original variation on a theme: the childhood fantasy of toys coming to life. Barbara Caruso's lively narration will charm not only young children, but aging ones as well.