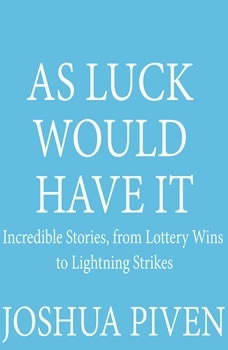 As Luck Would Have It: Incredible Stories, from Lottery Wins to Lightning Strikes

Once upon a time, there was a swimming-pool repairman who only had a hundred-dollar bill to pay for a hot dog, requested the change in lottery tickets, and subsequently won $180 million. Strange, but ultimately true. In this insightful, thoroughly entertaining book, countless similar case studies of "as luck would have it ..." are presented, offering a fascinating survey of the phenomenon. Weaving the subjects' own beliefs about their experiences with compelling research on chance, probability, and luck psychology, As Luck Would Have It also includes research on how to prepare for luck, how to deal with it when it arrives, and how to make the choices that will most benefit you. Are you ready?