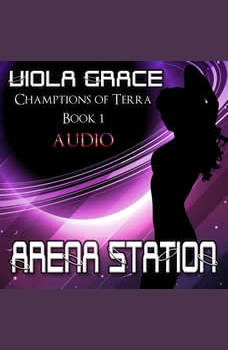 Leaving Earth had been Kyra’s idea. Being stolen while in stasis and sold to an arena was not. Fighting for her life everyday, plotting her escape, took up most of her time. When she was forced into an intimate situation with one of the alien gladiators, she suddenly had other things to think about. Tiergar was a champion, one of the highest and deadliest ranking of gladiators on the arena station, and he had no problem taking what he needed. As often as he needed it. Kyra had a lot to think about, and not a lot of time to do it.