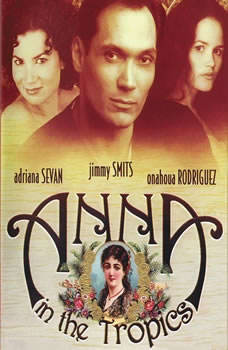 Anna in the Tropics

This poignant and poetic Pulitzer Prize winning play captures 1929 Florida at a time when cigars are still rolled by hand and "lectors" are employed to educate and entertain the workers. The arrival of a new lector is a cause for celebration. But when he reads aloud from "Anna Karenina", he unwittingly becomes a catalyst in the lives of his avid listeners, for whom Tolstoy, the tropics, and The American Dream prove a volatile combination. An L.A. Theatre Works full-cast performance starring: Jimmy Smits as Juan Julian Onahoua Rodriguez as Marela Adriana Sevan as Conchita Alma Martinez as Ofelia Jonathan Nichols as Palomo and Eliades Winston Rocha as Santiago Herbert Siguenza as Chch Directed by Jose Luis Valenzuela. Recorded before a live audience at the Skirball Cultural Center, Los Angeles.