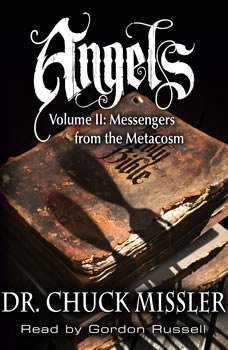 Angels Volume II: Messengers from the Metacosm Adapted from Dr. Chuck Missler's 6 Hour Angels DVD briefing pack series. Chuck explores the contradictory behavior of UFOs and other demonic deceptions characteristic of the End Times. Are they real? Why do UFOs enjoy a military classification higher than our most sensitive weapons systems? Why are the events which occurred in Roswell New Mexico still classified since 1947? Why is the Vatican openly preparing to receive an Alien Visitor? How should a Christian deal with the occurrences of Alien abductions? Jesus admonished us to “Be not deceived.” How? How do we prepare for the deception which, “if it were possible, would deceive the very elect”?