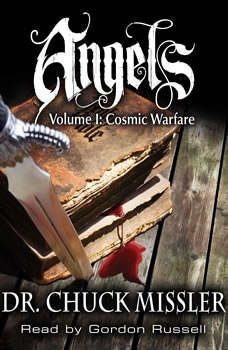 Angels Volume I: Cosmic Warfare Adapted from Dr. Chuck Missler's 6 Hour Angels DVD briefing pack series. For thousands of years most of us have either had or still hold to misconceptions, myths, legends, or traditions about Satan and the ‘underworld’. What is Hell, Hades and Gehenna? How do Demons differ from Angels and what are their limitations and agenda? What is Satan’s origin, agenda and destiny? What is the Age of Hybrids? How do we prepare ourselves through Spiritual hygiene and the Armor of God? Dr. Chuck Missler breaks through misinformation and misconceptions about Angels and provides insights into the Cosmic War.

Do Greater Things
by Robby Dawkins

Penetrating the Darkness
by Jack Hayford

Evidence that evil is flourishing faces Christians every day, leaving many feeling hopeless and helpless. What they don't realize, says esteemed pastor Jack Hayford, is the power that is theirs through the cross. Instead, they labor under the miscon...

Too often, Christians today either sensationalize the subject of spiritual warfare by obsessing over demon possession, exorcisms, binding the devil, and rebuking demons, or they minimize the idea and are unprepared for the real struggle they face ag...

Sharpen your spiritual senses. God may be speaking in ways you don't expect.   This book is a manifesto for supernatural living, God encounters, and radical prophetic leading. You are standing at the doorway into greater dimensions of the S...

The Invisible War
by Chip Ingram

Beneath our tangible landscape lurks an invisible spiritual realm where unseen battles rage. It's real. And it's dangerous. If you're prepared to remove the blinders and gaze into the unseen world, Chip Ingram is ready to take you there....

Armed and Dangerous
by John Ramirez

Dynamic Battle Plan Identifies Enemy Tactics and Equips Believers to Live Victoriously Jesus made it clear that the devil has come to steal, kill, and destroy. Hell is ready to unleash fury against every follower of Jesus. Yet many believers live in...

Love Not The World
by Watchman Nee

Having every one of us been in bondage to sin, we readily believe that sinful things are Satanic; but do we believe equally that the things of the world are Satanic? Many of us, I think, are still in two minds about this. Yet how clearly Scripture a...

Rules of Engagement
by Derek Prince

Vital Teaching on an Imperative, Timeless Topic from Derek PrinceNow updated and expanded, with several brand-new chapters and reflection questions following every chapter, this landmark text offers the most important and practical guidance Derek Pr...

Possessing the Gates of the Enemy
by Cindy Jacobs

A Prayer Manual for the Battlefield With more than 250,000 copies sold, this book is the in-demand, definitive guide to intercessory prayer. Join international prayer leader Cindy Jacobs as she equips you to be a victorious prayer warrior. Full of w...