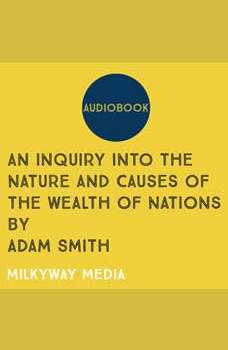 An Inquiry into the Nature and Causes of the Wealth of Nations, generally referred to by its shortened title The Wealth of Nations, is the magnum opus of the Scottish economist and moral philosopher Adam Smith. First published in 1776, the book offers one of the world's first collected descriptions of what builds nations' wealth, and is today a fundamental work in classical economics. By reflecting upon the economics at the beginning of the Industrial Revolution, the book touches upon such broad topics as the division of labour, productivity, and free markets.

With a nation seemingly more divided than ever, many worry that Americans risk losing ground on solving the complex, interrelated problems the country faces—including rising inequality, the specter of climate change, astronomical health care c...

Wielding his widely recognized powers of explanation, Paul Krugman lays bare the hidden facts behind the $2 trillion tax cut.With huge budget surpluses just ahead, the question of whether to cut taxes has shifted to when? and by how much? With ...

Wealth of Nations, The - Adam Smith
by Adam Smith