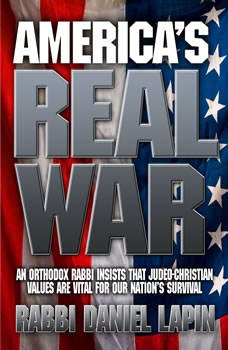 There is a tug of war going on for the future of America. At one end of the rope are those who think America is a secular nation; at the other end are those who believe religion is at the root of our country's foundation. In this paperback release of the thought-provoking America's Real War, renowned leader and speaker Rabbi Daniel Lapin encourages America to re-embrace the Judeo-Christian values on which our nation was founded, and logically demonstrates why those values are crucial to America's strength in the new millennium.

You Have the Right to Remain Innocent
by James Duane

An urgent, compact manifesto that will teach you how to protect your rights, your freedom, and your future when talking to police.Law professor James J. Duane became a viral sensation thanks to a 2008 lecture outlining the reasons why you should nev...