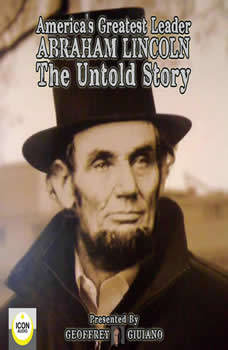 In this biography Mary A. Hamilton gives a British person’s perspective on the 16th President of the United States. A glowing tribute to “Honest Abe”, the author traces Lincoln’s ancestral roots and recounts his birth in Kentucky, his youth in Indiana, his adult life in Illinois and his years in the White House. She also provides a good background on the causes and course of the American Civil War.Hamilton is not always historically precise. For example, she erroneously names Jefferson Davis as the Southern Democratic candidate for president running against Lincoln and Douglas in 1860 rather than John C. Breckinridge. However, overall “The Story of Abraham Lincoln” is a good summarization and interesting account of the life, values and politics of Lincoln.Produced by Devin Lawerence in VrndavanaEdited by Macc Kay in BangkokProduction executive Avalon Giuliano in LondonICON Intern Eden Giuliano in DelhiMusic By AudioNautix With Their Kind Permission©2020 Icon Audio Arts (P) 2020 Icon Audio Arts LLCGeoffrey Giuliano is the author of over thirty internationally bestselling biographies, including the London Sunday Times bestseller Blackbird: The Life and Times of Paul McCartney and Dark Horse: The Private Life of George Harrison. He can be heard on the Westwood One Radio Network and has written and produced over seven hundred original spoken-word albums and video documentaries on various aspects of popular culture. He is also a well known movie actor.