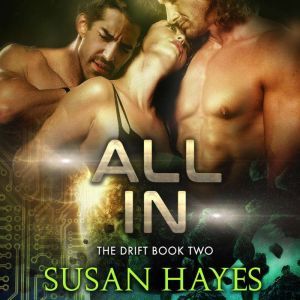 When love is the prize, the only way to win is to go all in.

The Resource Wars may have ended, but for the cyborgs created to fight in them, the battle for acceptance is far from over. Former soldiers Toro and Jaeger have been on the move since they left military service. They’re looking for more than their next payday; they want to find a place to call home.

Cynder Armas co-owns the Nova Club with her two cyborg siblings. The club is more than her business; it’s her home— filled with everyone she cares about. Life on The Drift isn’t easy, but it is profitable, and it keeps her too busy to dwell on the losses in her past.

When these three battle-scarred warriors meet, there’s no denying their attraction, but it takes more than a spark to keep a fire burning. To hold onto each other, they’ll have to find a way to let go of their old lives and embrace the future, together.