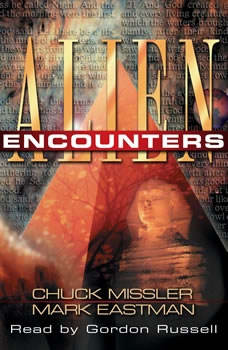 Alien Encounters: The Secret Behind the UFO Phenomenon

Alien Encounters is the result of years of research into the history of UFO sightings, reports of alien abduction, and the struggle between Good and Evil. It confronts the issues head-on and offers answers to many of the most pertinent questions confronting mankind. Questions such as: • Are UFOs real? • Are aliens real? • Are they hostile or friendly? • Why do reports of alien abduction always seem to include experiments being performed on the human reproductive system? • Are angels involved? • What about demons? • Is there a cosmic destiny for planet Earth unfolding before our very eyes? The answers to these questions and their implications are even more shocking than the events themselves. Behind the hype, the hoaxes, and the government disinformation lies a reality so astonishing that the original publisher was too shocked to follow through with this book. However, the reality remains: your personal destiny and that of your family may depend upon how you deal with the strange events that may soon take place. Are you prepared for an encounter? If these things are real, it will lead to the biggest challenge ever faced by mankind. There is increasing evidence that what lies behind these strange events will shortly affect every living person on this planet.