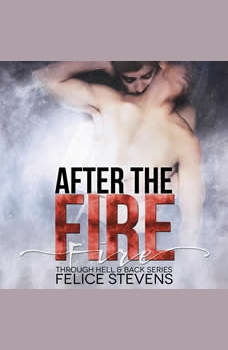 Series: Through Hell and Back

A single bullet destroyed the dreams of Dr. Jordan Peterson. With his lover dead, Jordan descends into an endless spiral of self-destruction that nearly costs him his friends, his career and his life. When Jordan finds himself working closely with the aloof Lucas Conover, the investment banker’s mysterious past and unexpected kindness shocks him back into a life and emotions he’d thought lost forever.

The betrayal by the foster brother he’d worshiped, taught Lucas Conover never to trust or believe in anyone. Living a solitary life doesn’t free him of the nightmare of his youth; it reinforces his belief that he would never fall in love. When the death of one of his clients forces him to work closely with Dr. Jordan Peterson, he meets a person whose suffering exceeds his own. Though Jordan rejects his effort to help, something within Luke pushes him discover more about the first man to ever get under his skin.

As Luke lets down his guard and Jordan lets go of his pain, desire takes control. Each man must come to terms with past struggles if they are to create a future together. And learning to trust in themselves and love again after tragedy and a lifetime of pain, may be the only thing that saves them in the end.