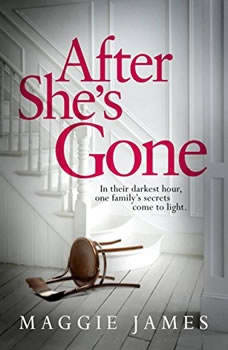 Lori Golden’s family have had more than their fair share of troubles. But through it all, Lori and her sister, Jessie, have always supported each other. Then Jessie is killed. And Lori’s world turns upside down.Devastated, Lori struggles to cope with her loss, and to learn to live in a world without her bright, bubbly sister by her side. Around her, her already fractured family start to fall apart. And, as Lori and her mother try to pick up the pieces of their shattered lives, secrets long thought buried are coming painfully to light.Faced with the unthinkable, Lori is forced to ask herself how well she really knows those who are left behind…