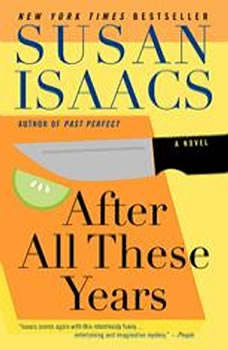 After All These Years

Rosie Myers had watched her husband, Richie, change from a teacher to a tycoon who eventually threw her over for a beautiful, young, and very cerebral VP at his company. So when Richie turns up dead in Rosie's kitchen, everyone--police included--thinks she did it, forcing her to head to New York City to search out the real culprit.