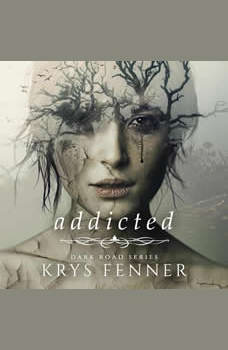 Sixteen-year-old Bella Kynaston has been the victim of a brutal rape, by someone she can only describe as ‘the scar-faced man.’ With little recollection of what happened, she must somehow rebuild her life. Being the person she once was proves more difficult than she imagined.

To complicate matters, Bella has just met Jeremiah Detrone, the new guy in school. He’s attractive, funny, and smart. All things she’s ever wanted in a boyfriend. Too bad she’s conflicted over so many unexpected emotions. Without realizing it, she falls down a rabbit hole and begins walking a dangerous line between addiction and self-preservation.

As Bella works together with the police to bring her attackers to justice, will she be able to see it through to the end? And even if she does, will it only bring her more pain and misery? Or will she find an anchor in Jeremiah and figure out how to move forward?

**Due to the content, language, and some violence, this book may not be suitable for anyone under the age of eighteen. This book may also trigger memories for survivors of any form of sexual assault including, but not limited to rape or sexual abuse.**