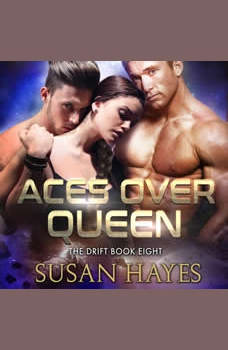 To win their queen’s heart, this pair must risk it all.

Royan Watson lived by three simple rules: No regrets, no relationships, and no slowing down. No exceptions. Then steady, reliable, and sexy as hell Owen Connors crossed his orbit, and Royan’s rules went out the airlock.

Astek station is in chaos, and Tianna Astor has been sent to set things right. But no briefing or data files could prepare the ice queen of Astek Corp for the secrets, lies, and temptations she’ll find out at the edge of civilized space.