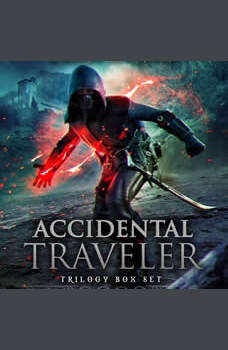 Stuck in the Game, A LitRPG Adventure

What can he do to turn his luck around?

Wandering through a flea market, a strange woman starts to talk his ear off. She won’t let him leave. He doesn’t want any of her junk, that is, until she pulls out a bootleg copy of a new game. Maybe he can forget his troubles for a few hours?

What happens next, turns Hal’s life upside down.

You’ll love this epic LitRPG fantasy series, because every game needs a winner.

Play along with Hal as he becomes an Accidental Thief, Warrior, and Mage.