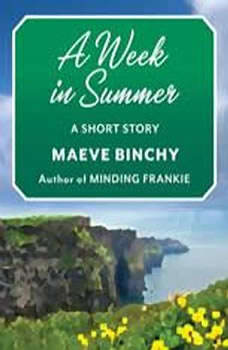 A Week in Summer: A Short Story

After many happy years of marriage and raising a family, Brian and Kathleen suddenly find themselves a bit lost in life. Midwesterners who’ve never traveled, Kathleen decides that what she and Brian need is a vacation, and with the help of an enthusiastic travel agent she plans a trip to Ireland in search of her roots. In beautiful, quaint Lisdoonvarna, to the couple’s surprise, they find themselves in the midst of a joyous yearly gathering dedicated to celebrating the life and work of a late Irish poet, and they rediscover something much more important than evidence of long-dead ancestors: their love for each other and for life itself.