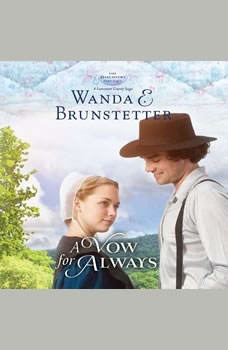 A Vow for Always

Everything is about to change...&#160;After months of facing nothing but blank memories, &#8220;Eddie&#8221; remembers his name &#8212; Luke &#8212; and his past seems within his reach. But there are still many pieces left to place.&#160;Meanwhile, miles away in Lancaster County, everything has changed in Luke&#8217;s former life. His house is occupied by Englishers. His own parents believe he is dead. And caught between her undying love for Luke and her need to provide for her son&#8217;s future, Meredith has grown closer to Jonah and closer to marriage.&#160;Can Luke salvage the rest of his memory and return home before it&#8217;s too late?