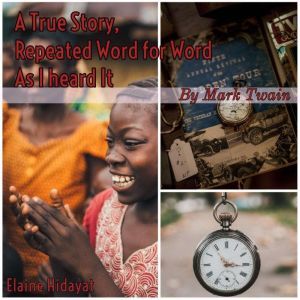 A True Story Repeated Word for Word As I Heard It

This is a story of an African American woman, named "Aunt Rachel," a cook and a servant aged about sixty, who seemed to always be very happy. When she was asked about how she could have lived so long with no trouble, she then told a brief story of her life. Rather humorous and dark, this story revolves around the story of African slavery and her trials and tribulations.