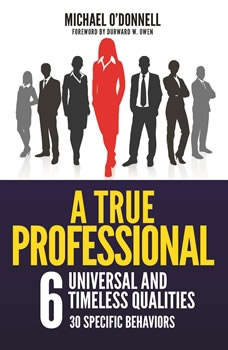 An essential read for aspiring professionals. This book explains the 6 qualities and 30 specific behaviors necessary to rise to the top of any profession. It includes 240 strategies and tips on acquiring the qualities and practicing the behaviors. It also includes 60 quotes on career advice from amazingly accomplished people, and 30 data points and real-life examples for career success. This is the book anyone starting or changing a career should devour.