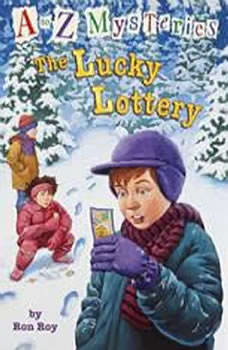 A to Z Mysteries: The Lucky Lottery

And that's just how Lucky O'Leary feels when the lottery ticket his grandfather sends him for Christmas turns out to be a million-dollar winner! But before Lucky can cash it in, someone sneaks into his house and steals it. Now it's up to Dink, Josh, and Ruth Rose to track down the thief and return the ticket . . . before Lucky loses out!