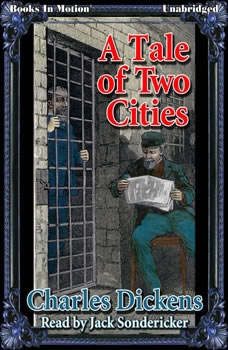 A Tale of Two Cities

One of Dickens most famous novels, this classic is set amid the turbulent times of the French Revolution. The main theme is the rescue of young Charles Darney, a French aristocrat sentenced to the guillotine by the citizens of the revolution. Out of the gloomy pall of the guillotine dungeons comes one of literatures greatest heroes, Sidney Carton, the rescuer of Darney. Who can ever forget Cartons most famous statement: It is a far, far better thing that I do, than I have ever done; it is a far, far better rest that I go to than I have ever known.