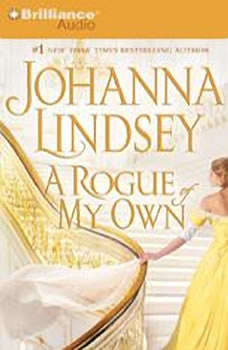 A Rogue of My Own

How does an innocent lady find herself forced to wed a royal spy who seduced her—by mistake? For Lady Rebecca Marshall, a whirlwind of passion and excitement begins when, to her mother’s great delight, she becomes a maid of honor at the court of Queen Victoria. Rebecca’s mother sees this appointment as a golden opportunity for Rebecca to make a good match.At court, Rebecca innocently steps into the rivalry between the queen’s spymaster and the noblewoman in charge of the maids of honor who is using the maids to spy on powerful courtiers. Soon Rebecca is entangled in a web of deceit with the charming marquis Rupert St. John. The devastatingly handsome n’er-do-well is the cousin of Raphael Locke, with whom Rebecca was once infatuated. What she doesn’t know is that Rupert is a secret agent of the crown who leads a double life.When Rupert obtains proof that Rebecca is spying on him, he seduces her. He hardly suspects her guileless nature. Forced to the altar, Rupert believes that Rebecca has set a trap of the worst sort in order to marry into his powerful family. Although he vows never to be faithful to his beautiful wife, as Rupert comes to know Rebecca’s wit, adventurous spirit, and generous nature, his vow of revenge turns into a desire to share many passionate nights only with his wife for the rest of his life.Warm, witty, and filled with the “deliciously sexy” (Booklist) flirtation that makes each of her bestsellers an irresistible gem, A Rogue of My Own will have listeners falling in love with Johanna Lindsey all over again!