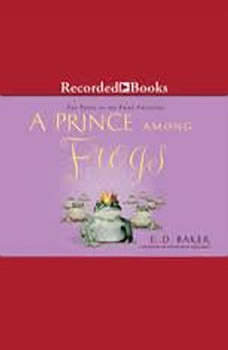 A Prince Among Frogs

E. D. Baker, the critically acclaimed author whose series inspired Disney’s The Princess and the Frog, delivers a funny and magical finale to her best-selling Tales of the Frog Princess. A Prince Among Frogs finds Princess Millie and her fiancé Audun preparing for their wedding when trouble begins to brew in Greater Greensward. While older family members are away tackling other challenges, someone kidnaps Millie’s baby brother Felix. Millie and Auden need all the help they can get to find Felix and battle an angry and resourceful foe.