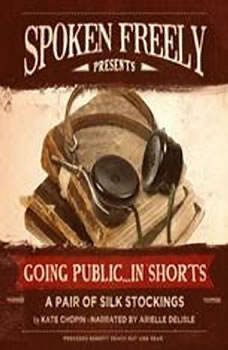 A Pair of Silk Stockings

Kate Chopin is a widely considered a forerunner to the feminist authors of the twentieth century. Focusing on themes of race and gender, her short stories largely center on life in rural Louisiana. In A Pair of Silk Stockings, a young woman unexpected finds herself with fifteen dollars. Inspired by her newfound wealth, she ignores her natural impulses and indulges in a day of luxurious abandon. A wistful rumination on loss and the illusion of control, A Pair of Silk Stockings is Chopin at her absolute best.Proceeds from sale of this title go to Reach Out and Read, an innovative literacy advocacy organization.