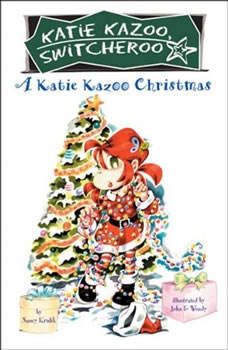 Katie can’t wait for the holidays. There are so many things to look forward to! Her motorcycle-riding grandma is coming to visit, class 4A is having a Secret Santa grab bag, and it’s almost time for Cherrydale’s annual holiday lights display contest. But even the busy holiday season doesn’t stop the magic wind! Join Katie in these three separate holiday stories and find out how she handles the holiday hijinks!