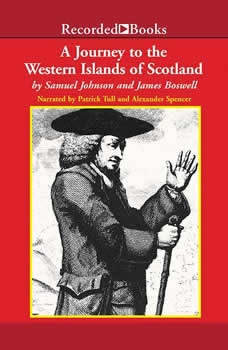 A Journey to the Western Islands of Scotland

In 1773, an unlikely pair-a dominant figure of English literature and a young lawyer-set out on horseback to follow roads and cattle-trails across the Highlands to the Western Islands of Scotland. Their conversation and accounts are filled with curious detail, flashing wit and fascinating encounters with the high and low of the country. Narrators: Alexander Spencer, Patrick Tull