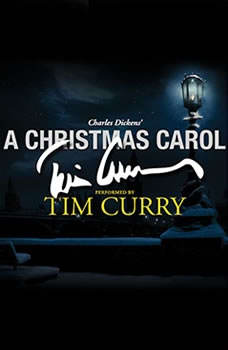 A New Holiday Tradition... Starring Sylvester McCoy as Scrooge!Charles Dickens' classic ghost story for Christmas is brought to life in a full-cast audio adaptation starring Sylvester McCoy (Doctor Who, The Hobbit) as Scrooge! When the miserly Ebenezer Scrooge is delivered a grave warning by the ghost of his former business partner, he is forced to confront his past, present and future... but is it too late for him to change his ways? This beloved tale of redemption has been a tradition for many generations, and Bleak December's new production is destined to become a perennial favorite.