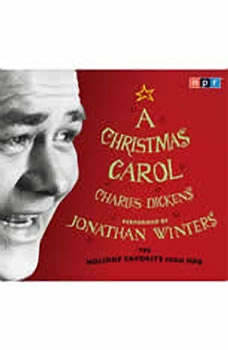 Charles Dickens' masterfully crafted Christmas fable tells the story of Ebenezer Scrooge, a man with wealth to match the coldness of his heart. On a mystical Christmas Eve, a visitation with spirits forces Scrooge to make a choice: change, or perish.