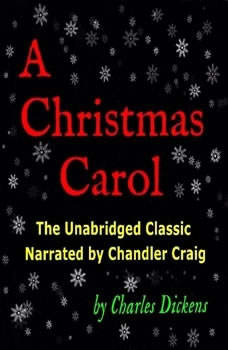 A Christmas Carol: The Unabridged Classic Narrated by Chandler Craig

Charles Dickens' spectacular classic tale of Ebeneezer Scrooge, and his journey toward gaining the Spirit of Christmas.