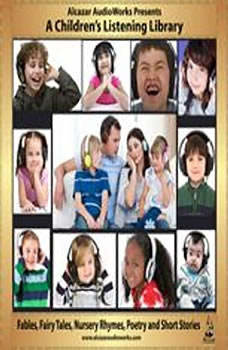 Enjoy a timeless collection of children's fables, fairy tales, and stories, all available in one audiobook. A Children's Listening Library: Volume 1 includes:Mother Goose's Nursery RhymesSelections from the Tales of Beatrix PotterBeauty & the Beast by Jeanne-Marie Leprince de Beaumont "East of the Sun, West of the Moon" by Peter Christen Asbjornsen and Jorgen MoeCinderella based on Charles Perrault's version"The Frog Prince" and "Rumplestiltskin" by The Brothers Grimm "The Land of the Blue Flower" by Frances Hodgson Burnett"Racketty-Packetty House" by Frances Hodgson BurnettDollypogs by David ThornThe Reluctant Dragon by Kenneth Grahame"The Pied Piper of Hamelin" by Robert Browning "Paul Revere's Ride" by Henry Wadsworth Longfellow"Rip Van Winkle" and "The Legend of Sleepy Hollow" by Washington Irving

These laugh-out-loud stories from New Hampshire and Vermont are set during the four seasons of the year. The storyteller in his appealing dialect tells little-known tales, among them "Mothah Skunk" and the night she had to move out with her kits bec...

Selections from Fairy Tales from England
by N-A