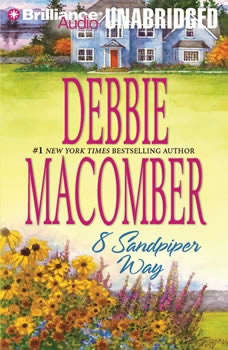 Olivia Lockhart-GriffinCedar Cove, WashingtonI'm pretty shocked by something I've just heard. Emily Flemming is afraid that her husband, Dave, might be having an affair. She apparently found an earring in his pocket—and it wasn't hers. And she says he's been coming home late and acting secretive. Not only that, some jewelry was recently stolen from an old woman, and Dave (in his capacity as pastor) used to visit her a lot….This is all so hard to believe! Dave's a good pastor and a good man. He and Emily appear to have the perfect life, with their children, Matthew and Mark, and their lovely home at 8 Sandpiper Way. But I guess things aren't always as they seem. Listener, I'd love to hear what you think, and so does Emily.I have some personal news, too—it's turning out to be a challenging year. But there are also some interesting updates about our friends in Cedar Cove. Like Sheriff Troy Davis, to mention one. Guess what? His long-ago love, Faith Beckwith, has just moved back here!Hope you'll join Emily and me for a cup of tea soon. Olivia