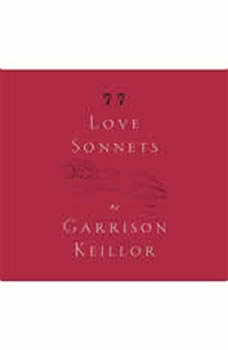 "When I was 16, Helen Fleischman assigned me to memorize Shakespeare's Sonnet No. 29, 'When in disgrace with fortune and men's eyes, I all alone beweep my outcast state' for English class, and fifty years later, that poem is still in my head. Algebra got washed away, and geometry and most of biology, but those lines about the redemptive power of love in the face of shame are still here behind my eyeballs, more permanent than my own teeth. The sonnet is a durable good. These 77 of mine include sonnets of praise, some erotic, some lamentations, some street sonnets and a 12-sonnet cycle of months. If anything here offends, I beg your pardon. I come in peace, I depart in gratitude."-Garrison Keillor Features music by Rich Dworsky. Please note content contains adult themes.