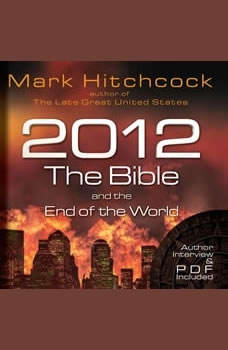 Is it the end of the world as we know it?&#160; The ancient Mayans were expert astronomers, and their advanced calendar cycles end on December 21, 2012. This has spurred worldwide speculation that 12/21/12 will be a catastrophic day of apocalypse for the entire globe. The doomsday scenarios include destructive solar storms, massive earthquakes, a polar shift of the earth&#8217;s magnetic fields, and total annihilation. Missing from all the furor is a biblical perspective. Bestselling author and prophecy expert Mark Hitchcock examines the following questions:&#160;Why December 21, 2012?&#160;Can we trust the Mayan alarm clock?&#160;Does the Bible say anything about 2012? What signs will tell us that Armageddon is near? This audio provides a fascinating survey of both the historical past and the prophetic future.&#160; Insert disc 4 into your PC to access bonus materials.