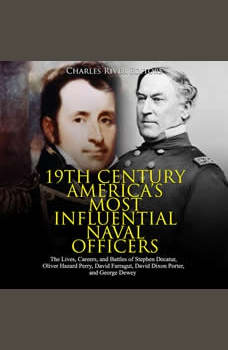 Americans had few things to celebrate during the Barbary Wars or the War of 1812, but one of them was the growing prestige of the U.S. Navy, and among those who were instrumental in its development, few were as influential as Stephen Decatur Jr. Decatur had an impact on nearly every war America fought in between the 1780s until his death in 1820, and his stardom ensured that he was a fixture among Washington, D.C.'s elite in his own lifetime.

The Spanish-American War was famously labeled a "splendid little war". by John Hay, US Ambassador to the United Kingdom, in a letter to Theodore Roosevelt, and while it is often overlooked today due to its brief and one-sided nature, the conflict produced one of the most popular military heroes in American history.A former veteran of various naval engagements in the Civil War, Dewey managed to find himself in charge of the Asiatic Squadron, and in its most famous battle at Manila Bay, Dewey scored a decisive victory that destroyed Spain's Pacific fleet and subdued Manila's shore batteries while suffering just one American death.